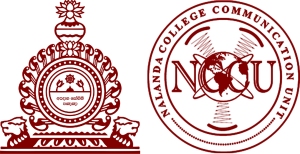 Sri Lanka U19 national cricket team was able to win the ODI series against the Under 19 team of England in 3-2 matches. Present Nalanda 1st XI captain Raveen De silva his teammate Vinuja Ranpul performed well in this series. In the 4th ODI, Raveen De silva captained the match and was able to become the winning captain and he was able to score a half-century plus 3 wickets for 6 runs. As a reward for Raveen De Silva’s trendy performance, he was awarded the man of the match of the 4th ODI.

Our warmest congratulations to U-19 National Cricket Team on the victory against England in the ODI series encounter and best wishes for the Nalanda cubs: Raveen de Silva and Vinuja Ranpul for their excellent performance on the field. May the blessing of Nalanda lead you to more and more victories!

This site uses Akismet to reduce spam. Learn how your comment data is processed.